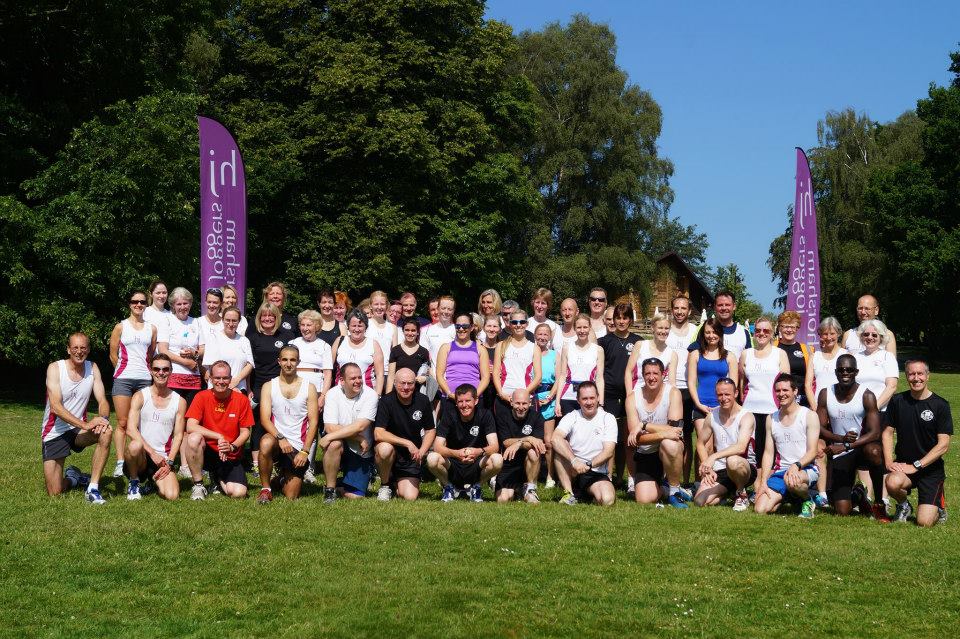 The Horsham Round has been generating lots of interest this year, with several teams quick off the bat to enter. Teams entered so far include one comprising the graduates from our recent Learn to Run course, with several of them running each leg to make it a truly team effort to cover the 29 miles of the course.

With the Round only 3 weeks away, it’s time to firm up who you’ll be running with and get your entry forms sent in. Entry forms, and full details, including an FAQ to help with planning are available on the HJ website at: Horsham Round

If you’d like to take part but aren’t sure who to run with, you are more than welcome to e-mail info@horshamjoggers.co.uk and we’ll help you find team.

Remember, this year the Round starts and finishes in Horsham Park, and we’ll be having a Club social event and BYO picnic from 2.30pm onwards. Members, friends and family are welcome to come, whether or not you plan on running.

A number of Horsham Joggers have already registered to take part in the Equinox 24, a 24 hour relay event in the grounds of Belvoir Castle in Leicestershire on the weekend of 19th and 20th of September. This event recently won Runner-Up for the best Endurance Event in the 2015 Running Awards, and is well known for its laid-back family and festival atmosphere.

The run starts at midday on Saturday 19th, with relay teams running 10k laps on stunning scenic trails until midday on Sunday 20th. Teams can be as big or as small as you like, from one person running for 24 hours solid to big teams where you each run only once. It’s a laid-back event so you can run as many – or as few – laps as you want over the 24 hours.

More details can be found on the Equinox 24 website
on the Horsham Joggers’ Equinox 24 Facebook page
or talk to Graham Clarke.

For the 28th Year at Rushmore Arena, Aldershot the South of England relays will be held on Saturday 19th & Sunday 20th September 2015 (a week before the Barns Green so a perfect warm up!)

Ladies races are all on the Saturday and men’s races on the Sunday. There are further details on the seaa web page ( www.seaa.org.uk) or just follow the links from sussex races or see Pete O’Connell any time ( purpledrummer@sky.com). Please let Pete know by the end of August if you would like to be a member of one of the teams.

Participation at WSFRL events is staying healthy, and we had a fantastic turnout for both the Roundhill Romp (Steyning) and the Highdown Hike (Worthing) this month. We have a growing band of regular WSFRL attendees now, who are seeing the benefits that hill training and cross-country bring to overall running fitness (or maybe the attraction lies more in the homemade cake stalls at many of these races?!).

Although attendance has been healthy, we have been a bit short of faster runners compared to last year. This means that although our team participation points have been good, our team performance points have been on the low side at some races. We have just slipped down into the bottom half of the overall club rankings now, in 10th place out of 18 clubs.

There are 6 races left for 2015, so we’ve got time to improve our position – remember everyone who runs scores one participation point for HJ, and our 6 best placed finishers also score performance points. Mal Thornton, Paul Adams and Lorraine Treadwell have man- and womanfully been scoring us perfect 10s in recent races, but I’m sure they’d be glad to see some of our other fleet-of-foot team colleagues joining them on the start line for the remaining races to even the team load.

We have the following items currently in stock:
– 25th anniversary t-shirts (cotton) @ £2: 8 in size Small
– HJ running caps (technical) @ £12: 2 (one size)
– black track jackets in the following sizes: 1 Large, 8 XL and 10 XXL. These have been hanging around for a while, and are taking up space in my garage, so please can I encourage any XL or XXL runners who might be interested in one to take them off my hands. To this end, those sizes will be offered at £15 rather than the normal £25
– ladies’ black 30th anniversary t-shirts @ £5: 1 Large, 2 XL

Coming soon: we are commissioning a new t-shirt which will have the same design as the race vest, and will count as official club kit for league events. Once this is available, the white “learn to run” t-shirts will be discontinued.

Coming soon (2): the HJ hoody. We have a design and are waiting for a firm price. Watch this space…

These are like little poppers that you use to attach a race number to your race vest. They come in packs of 4, are reusable, and avoid the problem of safety pins making holes in your clothing. See the photo attached for an idea of what they look like. The price will be £2-£3 and will depend on how many we order. If you are interested on this or anything else from the list above – please email info@horshamjoggers.co.uk or see Fiona at a club night.

Remember to write ‘Horsham Joggers’ on your entry form!
We have had an increasing number of cases in the past few months of Joggers forgetting to put their club name on race entry forms. If you don’t write down your club name, you won’t appear in the results when anyone searches them by club, and so we will miss you out when we post results on Facebook. Also, if it’s a points scoring race like WSFRL or SGP, the Club will miss out on the points you score – and we need every point we can get!

Invest in a Vest!

As you’ll have read above, we are commissioning a new short-sleeved T-shirt to match our current race vest, with maroon and silver side panels. The race vests, along with the new ‘race’ T-shirts, are the only tops that count as official Club kit for WSFRL and SGP races, for county competitions and for most UKA licenced races.

Although as a Club we have a number of other HJ T-shirts that have been issued in the past – the white ‘Learn to Run’ T-shirt, the black 30th anniversary T-shirt, and the grey cotton T-shirts – none of these are ‘official’ Club colours. We have to register our competition colours with UK Athletics, and the design with the maroon and silver panels is the only one registered as ‘official’ Horsham Joggers strip.

In theory, there are a range of penalties for not wearing ‘official’ Club colours, including disqualification. In practice, disqualification is very unlikely, but it is not unknown for race organisers to deduct points from athletes not in official strip.

HJ race vests cost £20 and are available from Up and Running in Queen Street – payable in cash only. The new race T-shirts will be coming soon – details in a future newsletter. If you only race occasionally, or are new to competition and aren’t sure you are ready to invest in a vest yet, it’s usually easy to borrow a vest from someone else – just ask around, or post a request on Facebook.

Horsham is twinned with the town of Lage, in Germany, and Horsham Joggers has a long-standing association with Lage’s running club, TG Lage. For many years, there were regular exchange trips between our clubs, but in recent times this has dropped off, although you may remember we had several guests from TG Lage at the HJ 30th anniversary celebrations last year.

The HJ committee thought it might be a good time to reinvigorate the links, and so we are looking to organise a club excursion in 2016, to participate in TG Lage’s running event over the weekend on 7 & 8 May. This event offers trail races through the local forest at marathon, half marathon, 10k and 6k distances, plus children’s races and walking routes at half marathon and 10k distances.

We are working with a local travel agent to organise a package trip, to include flights, transfers, hotel accommodation and race entries. Since Lage itself is a very small town, we will be staying in a nearby town called Bad Salzuflen. This is a very pretty Victorian spa town (a German version of Harrogate?!) where it’s possible to bath in the hot springs, as well as enjoying the town’s large country park, shopping and restaurants. There’s also a train station, if you fancy exploring further afield, as beautiful medieval towns like Hanover and Hamlin (of Pied Piper fame) are within easy reach.

Please hold the date in your diary and we’ll be publicising full details including timings and prices in the autumn.

Several members have enquired about the dates for the Sussex County AA – Winter fixture list. Attached is the latest list but many events have yet to be confirmed so please assume all events are provisional unless there is a “Yes” by the event.

You will see that the three major cross country fixtures in the New Year (South of England, National and Inter-Counties) all fall a week later than this year.

Next Newsletter
If you have any articles or information you would like posted in the next newsletter please send them to info@horshamjoggers.co.uk by 30th August.

Horsham Joggers members are taking part in the Weekly30 Run Challenge from England Athletics. For all members, if you are interested in taking part, register for the challenge and enter your distance so we can get Horsham Joggers up the league table! https://t.co/pLdOvPtYWm