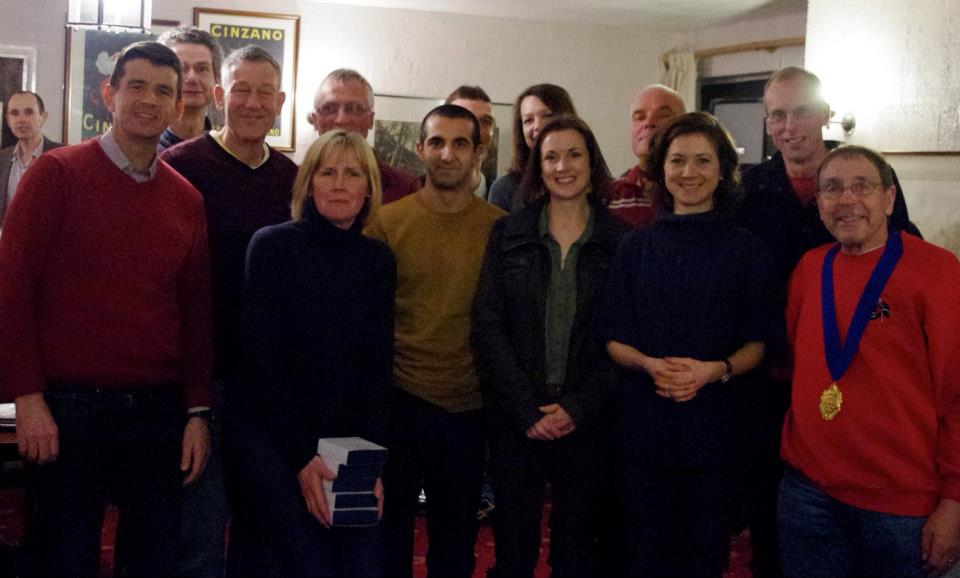 Horsham Joggers is a member of the Sussex Grand Prix (SGP). This is a series of road races held within Sussex during the calendar year, where prizes are awarded to the overall winners in age categories at the end of the year.

These races are not just for the faster runners! Anyone can take part and there are runners of all levels at the races. If you take part in eight races or more, you can help your club to win points at the end of the year.

In each race, points are awarded to members of Grand Prix clubs – the remaining runners in each race are not counted. The first man and the first woman will both score 500 points, the second man and woman will both score 499 points, and so on, down to the 500th man and woman, who will both score 1 point. After each race, the points that you score are recorded and kept as a cumulative total. To be eligible for prizes you must score in at least six races (if you score in more than six, then your best eight scores will count), two of which must be of 10 miles or more (runners over 70 and under 18 will not have to run 2 long races).

Well good morning HJ world! It is time for us to expand on our plans for a return to club activity. More details on our FB page here https://t.co/Zvc3esXBeW

Latest club news. An update on a potential return to club sessions, Horsham Round and our AGM https://t.co/fNRT54ilcw

Reply on TwitterRetweet on TwitterLike on Twitter4Twitter
Load More...