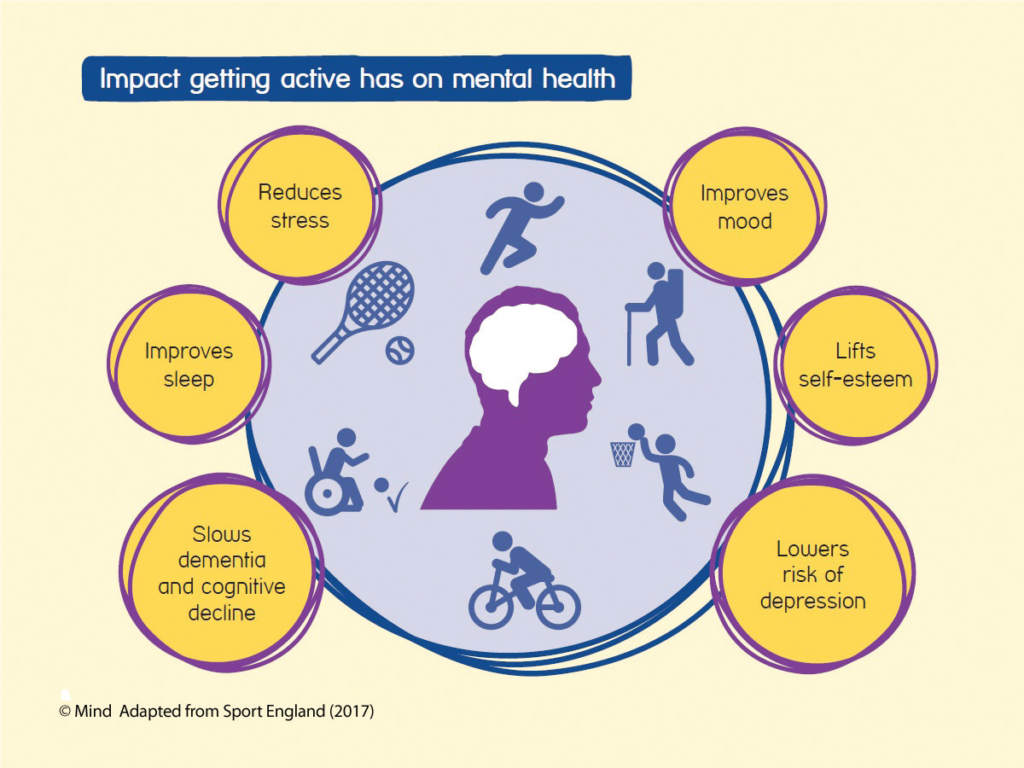 Only 16% of people with mental health conditions take part in sport or physical activity on a regular basis (once a week) compared to 35.7% of non-disabled people. (Active People Survey 7)

How to look after your mental health using exercise

How to improve your wellbeing through physical activity and sport

People with mental health problems are:

Having a long-term physical health condition can also increase the risk of developing a mental health problem such as anxiety or depression. For some people, the impact on their mental health can become more of a problem than the physical condition itself.

People with mental health problems may also experience further barriers as they are more likely to:

Exercise programmes and other treatments like cognitive behavioural therapy (CBT), other talking therapies and mindfulness have been shown to improve anxiety and depression, and quality of life for people with chronic illnesses.