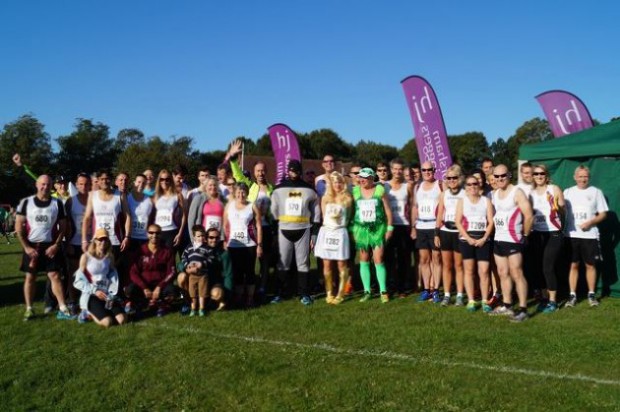 It appears that the wrong email address for Andy Spriggs was published in the last newsletter so anyone wanting to enter a team for the quiz has not been able to contact Andy. The correct email address is andyjspriggs@tiscali.co.uk

The date for the quiz is 20th February 2016 at 7.30 pm at Warnham Village Hall, Hollands Way, Warnham RH12 3RH. £10 per person to include supper (bring your own drinks). Maximum of 6 per team. Tickets from Andy Spriggs.

This is a new trail race that has been announced this week (a marathon and half marathon) and it is being organised by Basingstoke and Mid Hants Athletics Club. The date is 19th June 2016. It is mostly off-road on the chalk downs of North Hampshire including Watership Down. It is over 9 months away, however it might be a good time to start planning into the race diaries.

The Start/Finish is at Kingsclere (8-miles from Basingstoke and Newbury). It is a single-lap, well-marked route, along scenic footpaths and trails. There is a website – www.hampshiretrailmarathon.co.uk – with further details and online entry.

So far 5 members have expressed an interest in supporting a club minibus to London therefore it will not be viable to run it unless more members join us. If you are running or supporting and want to help fill the final 11 seats available, please email info@horshamjoggers.co.uk.

One of our members, Caroline Lowe, has asked whether there is any transport organised by the club down to the Brighton Marathon. If several members are interested in this then she would look into hiring a minibus to just drop members off at the race (they would need to make their own way back). If anyone is interested in this can they please email the HJ mailbox – info@horshamjoggers.co.uk.

Pete O’Connell has passed on sad news that Edwin Cooke has died. He was a former member of the club and supreme runner (56.02 10miles, 1.16.09 half marathon as a 50 year old!!). Many of us remember him, he was a good friend of Val and me also living in Wisborough Green so we kept training together talking about his hey days.

Steve Wilson also knew him and added the following anecdote :- A great runner and very pleasant bloke. I remember when he joined joggers – I thought I had my age group all sown up then along he came – older than me and much faster! He was in a different league! I remember him pacing me round the Itchingfield time trial to my best time. I was gasping for breath and Edwin was chatting and encouraging me all the way! That’s two top class HJ’s who have been taken from us far too soon. Bill Clancy sadly passed away quite a few years ago. He ran brilliant times in the late eighties and early nineties – like Edwin he was extremely talented, yet very modest and helpful to the rest of us.